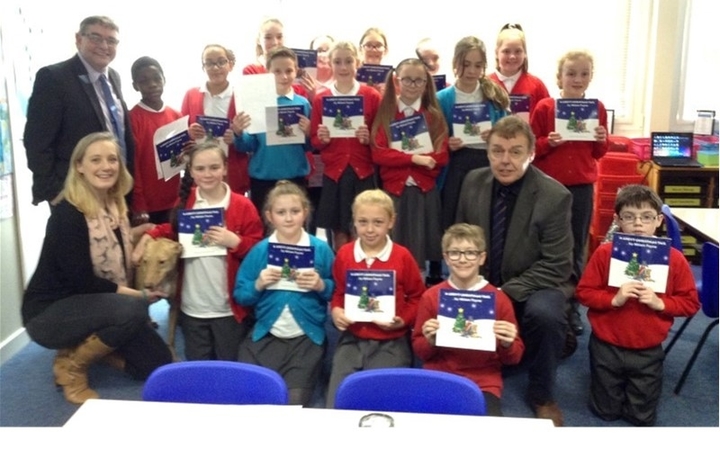 Holy Family RC Primary School is a smaller than average voluntary aided school consisting of 130 pupils. Pupils are arranged in mixed age classes across the school and are polite and welcoming.

Recently, the school received an Outstanding judgement in its Section 48 Catholic School inspection. Particular points of note from the Inspection report are that, “children feel safe, secure and loved and have a willingness to become involved in outreach as witness to their beliefs” and , “Pupil voice is strong at the school with four groups leading various aspects of Catholic life such as safeguarding the planet and supporting one another with prayer.”

The school lives by its mission statement, “We are a caring family, we pray, learn and grow together.” There is a clearly articulated determination by the Headteacher and the Inclusion lead to achieve the very best for the pupils at Holy Family.

As confirmed in the Section 48 report, the children take their roles as young leaders in the form of School Council members, Caritas Ambassadors, Peacemakers and Stewards of Creation seriously and spoke clearly and confidently about these roles. After assembly on the day of the assessment, they guided the younger children back to their classrooms with care. They also talk clearly and confidently about the lack of bullying in their school and the role of the prayer circle in the playground as a place they could go to resolve disputes. The School Inclusion Lead confirmed that these roles have given the children responsibility and confidence. During Assembly the Headteacher discussed with the parents how the school plans to expand the roles for those children wanting to take on leadership roles.

The school is proud of the strong network of local schools that exists and reported that Inclusion was an area that was being considered by the whole network at this time. The Headteacher confirmed that the school had taken leading roles in this network and the Inclusion Lead had shared good practice in the school, for example, the school now uses the B Squared assessment scheme for tracking smaller achievements for the less able.

The school has a rigorous “Early Help” programme in place and the Inclusion Lead confirmed that this scheme is becoming more important in the school as parents turn to the school for support. Staff confirmed that during Pupil Progress Meetings those children who are underperforming are identified and interventions are put into place to support them. The Headteacher stated that the interventions the school has put in place for those children who are underperforming have had a transforming effect on the school.

The assessment process included an evaluation of key documentation, discussions with the Headteacher, the Inclusion lead, parents, teaching staff, the children and the Inclusion Governor. It also included a learning walk with lesson drop-ins and attendance at a parent Assembly for year 5 and 6 parents. During the learning walk, peripatetic music lessons were also observed. Music clearly plays a key role in the school and the children confirmed this stating that they “loved the visit by a drumming group” and that they particularly enjoy musical performances.