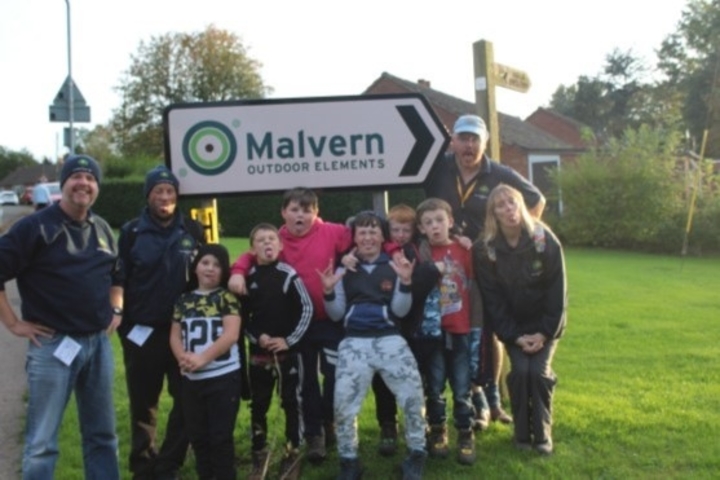 The day before this assessment visit, the headline in the local press was “Worcester school receives its fourth ‘outstanding’ report from OfSTED.” The article referred to an inspirational Headteacher and a leadership team that leads with insight and dedication. The inspection report and the three earlier consecutive outstanding reports paint a picture of a highly effective educational setting and, within minutes of entering the school, a visitor can start to see how OfSTED arrived at their judgement. The tangible sense of optimism and cheerfulness seem to be at odds with the realisation that Perryfields caters for youngsters who have either been permanently excluded from their primary schools, largely due to behaviour issues or pupils on intervention courses intended to reduce the risk of permanent exclusion.

Perryfields’ pupils are the ones at risk of total disengagement from the education system from across the 111 schools within the PRU’s remit. This hugely positive atmosphere is, of course, not suggesting that life at the PRU is without difficulty or challenge and it is worth reminding oneself of the nature of the pupils encountered here. Having said that, the juxtaposition of the positive ethos and pupils with a track record of significant behavioural challenge provides a backdrop of incongruity that significantly adds to the sense of just how good this school is. Perryfields provides full-time education for pupils who have been permanently excluded until they are ready for re-integration into mainstream, 6-week intervention programmes for pupils at risk of permanent exclusion from their primary school and an impressive outreach service which currently supports over 300 pupils in 111 schools across South Worcestershire.

The school also plays a key role within the Rivers Teaching School Alliance leading on behaviour management CPD. The re-integration data is impressive with 100% of pupils on the interventions returning successfully to mainstream, 40% of permanently excluded pupils successfully reintegrated into a mainstream setting and the other 60% being found suitable special school provision – the latter being possible due to Perryfields’ staff being proactive and successful in securing accurate diagnoses and an appropriate EHCP.

Arrival at the school started with what was to become a theme for the day – a perfectly balanced combination of cheerfulness and professionalism from the school’s remarkably efficient and accommodating Finance Officer who ensured that the day ran like clockwork. During the signing-in process, pupils were also arriving and greeted by a smiling and welcoming Headteacher and Deputy Headteacher.

A Positive and Enthusiastic Team

The first activity was attendance at the school’s daily staff briefing. It was clear from this that Perryfields has a positive, enthusiastic team who are equally committed to each other’s wellbeing and morale as they are to the success of their pupils. Individuals were discussed, progress was shared, concerns were aired, forthcoming activities were clarified, and birthdays were celebrated. I have rarely observed such a positive start to a working day.

The tour of the school provided evidence of a highly stimulating and cared-for environment, with examples of pupils’ artwork – some in conjunction with commissioned artists, images of off-site activities and prominent display of the school’s vision: “To enjoy learning, to enjoy being together and wanting to return to mainstream.” Classrooms, corridors and outdoor spaces provide important messages in establishing and reinforcing pupil self-esteem and confidence, attributes often absent in pupils on their entry to the school.

The Importance of Progress

The Headteacher frequently asserted that the school’s provision should be compared with, and judged against, the best of mainstream primary standards and this approach was in evidence in classrooms where the focus was on high quality work through challenge and support. The recent OfSTED report noted that pupils “make dramatic improvements in reading, writing and mathematics” and that pupils who take national tests in key stage 1 and key stage 2 “do very well” with some making “much better than the average progress for their age”. In exercise books looked at during this assessment process, there was clear evidence of progress over time in both English and mathematics. The importance attached to progress is a key part of the school’s strategy based on the belief that pupils’ confidence in themselves as learners is a key component in successful reintegration. Assembly, led by the Deputy Headteacher, provided additional clues about practices that underpin the school’s success. An activity based on hangman was ostensibly focused on spelling and literacy. However, it also provided the opportunity for reinforcing expectations about how pupils and staff interact with each other.

As found in many other examples during the day, the Deputy Head’s manner struck a perfect balance between formal professionalism and informal conversational tone. Staff joining in with the activity were competitive and made several comments to each other and pupils about successes and mistakes. This created an atmosphere where everyone “was in it together” in a light-hearted, informal way, but with appropriate boundaries still being maintained. The result was very effective role-modelling of how to interact within a group. It would be too easy to assume that this was just a result of having “good staff”, but it also demonstrated some very subtle but effective leadership.

Discussions with pupils provided strong and moving evidence of the positive impact the school was having on them. They described changes in their own behaviours and attitudes and were very clear about the progress they had made. One boy talked about strategies he had learned to regulate his behaviour more effectively but added at the end of his description that

“most of all, I’ve started to believe in myself.”

Others described improvements in specific skills linked to reading, writing and mathematics. All said that the school was a place that made them feel safe. They valued that they were listened to and encouraged to stay determined. One said that the school was full of staff who were “good people” that made most days “fun and happy”. It was clear that their time spent on farm activities, including helping with lambing, was hugely beneficial. The school’s charter that details pupils’ entitlement to a range of educational on-site and off-site experiences is a good example of how Perryfields matches rhetoric with reality.

External partners were extremely positive about the school. The “Thrive” regional manager talked of staff who were “exceptionally effective at de-escalating” led by a Head who “walks the walk”. The Local Authority School Improvement Adviser described the school’s leadership team as “strong and cohesive with extensive experience and expertise” and that their reputation of high expectations for themselves and the children they support is known and respected across the county. The contribution that the school makes to other providers and partners such as the university, other schools, The River Teaching Alliance, LA forums and networks is held in high regard. The adviser explained that the school’s outreach work is exemplary and is a key part of supporting pupils and their families in the re-integration process but also in terms of its impact on the continual improvement of the 111 schools they engage with.

This theme was developed in the interview with the school’s Educational Psychologist who described the school’s open-mindedness as a “key element” in their success. She felt that all school has children’s best interests at heart, but Perryfields turns this positive intent into actions by firstly being prepared to “have a go” at anything that might work” but, crucially, followed up with a systematic evaluation of seeking to understand why certain strategies or activities work. The Headteacher and his colleagues make good use of external services to “open themselves up to being challenged” in order to constantly keep staff thinking and widen their evidence-base.

Interviews with parents proved to be a bitter-sweet experience. There was the understandable resentment caused by a sense of the education system having failed their children often due to the lack of communication or support offered in what was clearly a challenging and distressing process. But it was matched with unreserved approval for the impact that Perryfields had had on both the pupils’ and parents’ wellbeing.

Pupils Made to Feel Valued

Without exception, they acknowledged that their children could present challenges, but described children that were now being supported and made to feel valued. One said that

“for the first time, x has been told what she’s good at and not just what she’s not good at.”

Whether or not this fully and accurately reflects the experience of the pupil within mainstream, the perception was deeply felt. And there was no doubting the validity of the description of ways in which Perryfields had supported both the pupil and parent in rebuilding engagement with the education process. One parent talked about the support offered even after the child had moved from Perryfields. This sense of going “the extra mile” and “doing whatever it takes” was a recurring theme throughout interviews all day. Everyone referred to excellent communication, very positive relationships, never giving up on pupils and a can-do mentality.

Clearly a school like this requires a very strong set of staff, but it is naïve to ignore the contribution of the Headteacher. This is an exceptionally well-led school. Given the consecutive inspection judgements, it may come as surprise to find that the school has a restless sense of wanting to do better. Governors echoed the comments of the Head in that they want to be judged as an outstanding primary school, not an outstanding PRU. They want to have an even greater impact on the settings that the pupils go to after Perryfields. They want to speed up the diagnostic processes to ensure that pupils get quicker and better access to permanent provision. They want even better support for parents. This restlessness is probably what will contribute to Perryfields maintaining the exceptional standards they already have.