Broadway Academy in Perry Barr, Birmingham has been assessed recently and been awarded Flagship status. 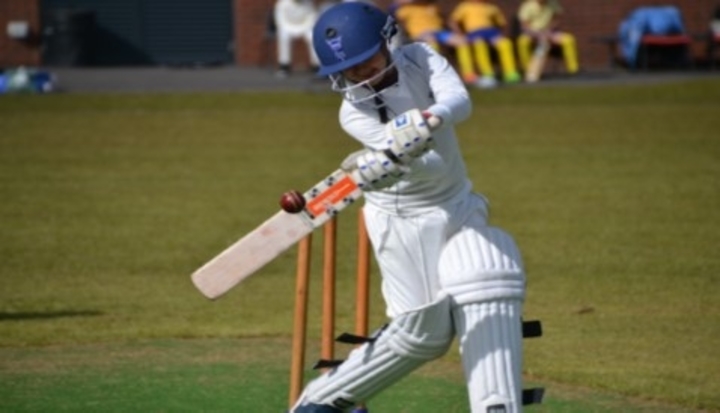 There has been a significant and fundamental change to the underpinning leadership structure of the Broadway Academy since its last review in July 2016. Drawing upon the work of Professor David and the SSAT, the school has adopted the ‘deeps’ model of school leadership which includes deep learning, deep experience, deep support and deep leadership. There is a well-defined structure and understanding of how the ‘deeps’ can further the efforts of the school to promote personalised learning. The new structure came into being in September and so it is too early to make any judgements yet. Nevertheless, there is great potential to increase leadership capacity still further and consequently improve outcomes and provision for young people and the community.

The school continues to hold central to its inclusive culture a ‘values driven ethos’. This work is central to school improvement and sets the tone for what is a highly inclusive community. This is my second visit to the Broadway Academy and it was clear to see why Ofsted were moved to comment, following the short inspection in February 2016 that “The Broadway values of ‘integrity, respect, optimism, responsibility, appreciation, aspiration, generosity and inclusivity’ permeate the life of the school and result in a mostly calm and purposeful atmosphere”.

The school has recently become involved in the Narnian Virtues Character Education English Curriculum Project through Leeds University and funded by the John Templeton Foundation. Following previous work on delivering character education in schools through a dedicated literary curriculum, by the Jubilee Centre for Character and Virtues at the University of Birmingham – the Knightly Virtues and Narnian Virtues looks to the work of C. S. Lewis in developing the curriculum based on the Narnia novels.

My first meeting of the day was with the Headteacher. There was ample evidence from my discussion with him, that this award is an extremely valued acknowledgement of the work that they do in very challenging circumstances. It was also clear that the process of review forms part of the school’s improvement cycle. Immediately after this meeting I was privileged to listen to an accomplished, unaccompanied, solo vocal performance from a year 9 student who sang “Ordinary Fool” from the school’s most recent production of “Bugsy Malone”. It was a delightful way to begin the day!

In addition to restructuring leadership at the Broadway Academy, a significant amount of development work has taken place particularly with assessment. This work has, of necessity, aligned the system with the new, national grading system as well as introducing more frequent assessments and more refined and effective marking and feedback process. This has included the all-important moderation of standards including working with other schools to ensure accuracy. The impressive system used to collect and analyse performance data is expertly managed by senior leaders and enables individual performance to be closely monitored as well as being able to identify trends early.

Highly Ambitious for Its Students

The school is highly ambitious for its students and this was highlighted in a discussion about attendance. Already at 95%, the school is targeting 97% and to this end they have appointed a new Director of Attendance from September 2017. Safeguarding procedures are robust and pastoral support continues to provide very well for the young people of Broadway Academy. Far from being complacent however, the lead for pastoral support and member of the ‘deep support’ team, has worked through the summer break to achieve the level 3 Behaviour Management qualification through Pivotal Education. Staff have also been trained in ‘Mental Health First Aid’.

Governance is very strong and clearly contributes to the success of the school. Governors are very active around the school. The Chair of Governors, Joe Cahill, this year received an MBE award for his dedicated work in the Community and with Education in line with reducing crime and improving life chances for young people. He is a respected pillar of the community and is well known by pupils, staff and parents.

Other governors are frequent visitors to the Academy ensuring that working practices are in line with policies and national legislation. The governors are actively involved in supporting events and liaise with staff to ensure that they are aware of any new developments.

Governors’ Standard Advisory Council of Religious Education (SACRE) is chaired by Guy Hordon, MBE who chairs the RE conference for the agreed syllabus. The Head teacher is also on the SACRE board and chairs the Head teachers’ group. Over the next two years this will be updated and involves working with all faith groups across the city to find out what is to be included in the locally agreed syllabus which centres on Inclusion, Faith, Sex and Relationships Education and British Values.

There is an annual visit from the Royal College of Defence that is delivered by governors and the Head teachers and involves diplomats and high-level military officials from across the world. Particularly focusing upon inter faith work and community cohesion. There has been the appointment of a new high calibre governor, Sharon Palmer who is a Cannon for the Church of England; she is very active and well known in the community for work on community cohesion and mental health. There has been an article written by the Governors’ Magazine and a visit by Emma Knight from the National Governors Association.

The Value of External Support and Challenge

The Broadway Academy recognises the value of external support and challenge in school improvement and it is quite clearly proactive in seeking out useful sources of help and advice. In many respects, the school is very active in reaching outwards and engaging with communities both locally and further afield. They share practice with other Head teachers and Academies and through Titan/Handsworth schools, they host Head teacher meetings and facilitate other meetings. There is a strong strategic alliance with Teaching Schools, Bishop Challoner, Universities and Industry. They also work strategically with the West Midlands Police, Ofsted and the Standing Advisory Council for RE.

Local community engagement is strong, particularly through sport. The school supports the Holford Drive Sports HUB which hosts Aston Boxing Club and Birmingham Continental football team, which works with some of the most deprived young people in the city by engaging them in sports like football and cricket. Last year the Hub was given the highest Award by HM the Queen for volunteering; the Head teacher is a trustee there. The Broadway Academy has a vibrant Duke of Edinburgh programme and has supported St John Wall this year to develop their Duke of Edinburgh award programme. This has been very successful and the West Midlands police has requested that this be extended across the city therefore they will be supporting many other schools this year.

The school has received £50,000 to enable them to employ a Partnership Development Manager to divert students from this community and local areas across the city from knife and gun crime, D of E being one of the various strategies to support this. In conjunction with the West Midlands Police, they will be working in other schools across the Ladywood ward to reduce local youth crime, which has escalated in recent years.

The Academy supports a range of local, national and international charities. Students are regular advocates for supporting the less fortunate. The Cambodia Schools’ Project has been led by sixth form students who have been involved in fund raising activities and have pledged to raise £6000 to help build a school in Cambodia. Also after a respected member of staff passed away over 100 students took part in an overnight sleepout event that raised money for two charities, the Homeless and Kidney Research UK. The impact on students was overwhelming and brought together staff, students and the wider community.

The Importance of Student Welfare

Staff also ensure that students’ welfare is closely monitored and early help strategies are deployed to pupils who require additional support. There are systems in place to monitor pupils’ views such as the school council and surveys. Working practices are also reviewed by external bodies to measure the impact of the services offered. Students are offered opportunities to participate in national and international activities and to share their experiences with their peers as well as with staff and governors. Students were given the opportunity to lead on news broadcasts in assemblies.

There have been two drama productions this year and this will extend to one per term as the Drama and English team work together to develop performing Arts links with Leeds University. There are plans to involve the local community.

There have been many sporting successes particularly with cricket, football and athletics where students are involved in competing both locally and nationally to win leagues and competitions. Sports UK has funded four groups of students to be able to participate in a six-week course of horse riding. This has been excellent for vulnerable students and Special Needs students and as an enrichment project for older students.

The school has made significant changes in order to continue developing leadership capacity. It is important that in driving further improvements, the gains made over the past few years are consolidated and where gaps exist, they are closed. I have no doubts that the leadership of this school has the expertise and energy to make this happen. This is a highly inclusive and successful school which is constantly seeking to improve and is able to offer valuable support to other schools.